It’s time to analyze one of the most controversial and interesting cryptocurrency exchanges out there. Born out of the still-active OKcoin, OKEx emerged as a completely autonomous entity focused on crypto derivatives. It’s goal is to serve professional and sophisticated traders, and, to do that, it offers a wide array of products. This OKEx Exchange Review will tell you what it’s all about.

On the other hand, it’s been on the news for the wrong reasons on more than one occasion and their reported numbers of transactions and trading volume are still in question to this day.

But let’s not get ahead of ourselves. We’ll cover all that in a minute, but first… 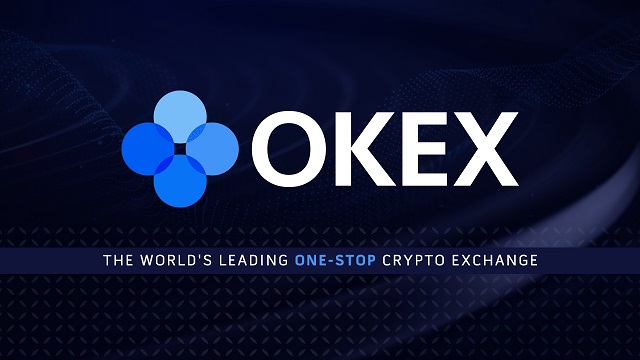 OKEx is part of the OKGroup. Their main product is OKcoin, which still sells Bitcoin, Ethereum, and most crypto assets. In 2017, OKcoin stopped trading futures and OKEx took over that side of the business. It was originally based in Hong Kong, but they had to move out because of the threat that the Chinese government’s crypto ban represented. In 2018, they incorporated in Malta, one of the most crypto-friendly nations on Earth.

It’s supposed to be the second-biggest exchange in the world by daily trading volume, but that status is in question. At the time of writing, Coinmarketcap lists it as #16 and Nomics has it at #65.

In 2018, the company launched OKB, its own utility token. Later that year, they beat Binance as “Crypto Exchange of the Year” at the Malta Blockchain Awards.

Is OKEx safe to use?

OKEx is a secure crypto exchange that makes it easy to buy, sell, and trade cryptocurrency like Bitcoin, Ethereum, and more.

Technically, this digital asset exchange is as secure as they come.

On their side, they use Global Server Load Balance and distributed server clusters. Plus, they use offline private keys for hot wallets and hold 90% of their treasury in distributed cold storage. That is, distributed all over the world.

On the customer’s side, they offer two-factor authentication (2FA), they send verification codes to your cellphone for withdrawals and provide anti-phishing codes in their emails.

OKEx also runs a bug bounty program. Through it, they reward those who find and report vulnerabilities in their code.

On the other hand, there have been at least two hacking rumors that turned out to be false. In 2018, as BTC’s price fell, they had to socialize among their clients the losses from a $400 million future contract’s liquidation.

That procedure was stipulated in their rules and, after the incident, they changed those rules and injected the insurance fund with 2500 BTC, but still. Plus last year, they stopped clients’ withdrawals for a whole month. That’s our next story.

What happened to OKEx's founder, Xu Mingxing, in late 2020? 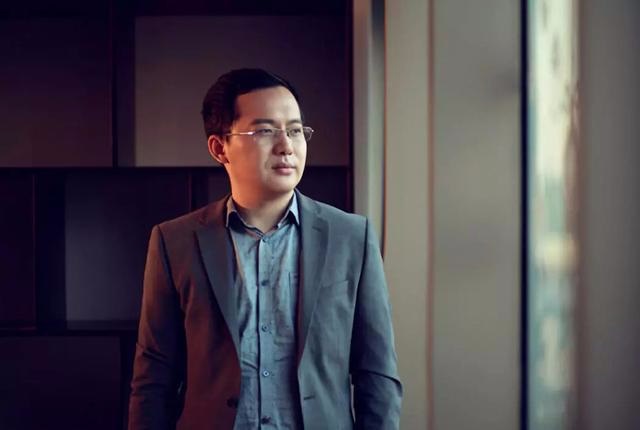 In October 2020, Xu Mingixing AKA Star Xu was taken by the Chinese police for questioning. The reason is still unknown. He had already cooperated with the authorities in 2018, regarding a fraudulent crypto asset. This time it felt different. There were rumors that Xu was heavily involved in a project called WFEECoin, but he quickly denied that. And the mystery took hold.

The main cause was that OKEx was forced to suspend withdrawals from all users. For over a month. The days after the announcement, OKB, the company’s digital asset, fell 11%.

The reason for the suspension was simple: Mingixing was in possession of one of the exchange’s master private keys, so withdrawals were simply not possible. That also means that he was cut off from the world for over a month. And not many people know exactly why.

Some people believe that Xu was suspected to be involved in some kind of fraud. Others that the Chinese government is planning a new crypto crack-down and was gathering information.

When things got back to normal, OKEx started a compensation plan for users who kept trading through their platform during those dark times. Depending on the amount they held and the volume they traded, users got between 100 and 1000 USD.

What about the reports about wash trading?

The setting of fake orders to make it seem that an exchange has more activity than it actually does is called wash trading.

In 2018, when OKEx was the #1 exchange in the world by daily trade volume, Sylvain Ribes shook the crypto world. His report on fake volume seemed to prove that 95% of the trading activity reported by OKEx was fake.

The other three biggest cryptocurrency exchanges at that time were Kraken, Bitfinex, and GDAX. He put their numbers in a chart and OKEx’s stuck out like a sore thumb. He then logged into their platform and found that a graph of their numbers formed a “perfectly neat and absurdly consistent sinusoidal volume.” Highly suspicious and nothing like the graphs from other exchanges.

As a response, Lennix Lai, Director of Financial Markets for OKEx, admitted to Crypto Briefing that the problem existed. The reason was “market-driven behavior,” their then-unique fee structure provided an incentive for clients to artificially inflate their numbers. Those with high 30-day trading volumes receive increasing discounts, and users were placing fake trades to get to that sweet spot and trade on the cheap.

He didn’t admit to any wrongdoing on OKEx part.

In September 2019, the rumors reappeared. An analysis company called BTI claimed that 90% of the crypto exchange Trading Volume was fake. To crush the rumors, CEO Jay Hao bet them 100 BTC that he could prove that more than 10% of their volume was real. This created an uproar, but BTI didn’t respond and the news cycle turned the public’s attention to other topics.

In the present, Nomics still gives them a “C” (Fair) in their Transparency Ratings.

Depending on your location and the Fiat currency of your choice, you’ll be able to fund your account using bank transfers, credit cards, debit cards, WeChat, Alipay, IMPS transfers, and Google Pay.

Be aware that you could also transfer Bitcoin or other cryptocurrencies from your personal wallet to the exchange’s one, and begin trading in derivatives in no time.

What Fiat currencies does it support?

Not too long ago, OKEx only received Chinese Yuans (CNY.)

Nowadays, they claim to receive forty different currencies from all over the world. Among them: USD, EUR, GBP, AUD, BRL, CAD, JPY, NGN, PHP, RYB, TRY, ZAR, and more.

Their trick is that for some of those currencies they use the services of their “trusted partners,” third-party providers whose effectiveness varies.

This is where this cryptocurrency exchange distinguishes itself from the pack.

All the action is on the…

These depend on two factors: your 30-day Trading Volume and your Total OKB holdings. And, as usual, on if you’re a Maker (adding liquidity to the network) or a Taker (taking liquidity.)

For the rest of the cryptocurrencies they support, the fees are even cheaper.

For trading, though, the offer expands tenfold. They deal in hundreds of trading pairs and work with this impressive list of assets.

We’re not just talking about crypto trading. This is a derivatives exchange for sophisticated investors, so look no further if that’s what you need.

Remember, though, that these instruments will increase your reward but also your risk, so be careful.

Exchanging one digital asset for another is called Spot Trading. Here, you can do it with a 10x leverage.

You’ll have a 20x limit, the highest any cryptocurrency exchange will go. For example: place a 1 Bitcoin bet and the exchange will cover you, and count it as a 20 Bitcoin bet. For a price, of course.

The exchange offers Futures contracts and Perpetual Swaps (Futures that don’t expire) with a 100x leverage limit. Those can be weekly, bi-weekly or monthly contracts.

You can set up call options (buy) or put options (sell) contracts, with BTC, ETH, or EOS as the underlying asset. Those can be for one-day, two-day, weekly, bi-weekly, monthly, quarterly, and bi-quarterly. OKEx follows the European rules, which means the buying and/or the selling only takes place at the date of expiry.

To help new traders, the exchange offers an Options Discovery Tool. It helps you do just that.

Options have an extra exercise fee of 0.02%.

Last but not least, the exchange also offers Algo Orders or algorithmic trading tools. Using them, you can place an order with previously defined instructions and the system will run them for you when the desired scenario presents itself. For example, buying or selling at a certain price and volume.

How OKEx exchange fares when compared with the big dogs in the industry?

Let’s make one thing clear: OKEx is one of the big dogs in the industry.

They’re on a league of their own. It could be argued that they don’t even compete with Coinbase, Kraken, or the other classical exchanges that just trade crypto.

This exchange has big ideas, big products, and a personality.

But, does something seem off?

In the crypto sphere, derivatives are a controversial subject. But it could be argued that they opened blockchain technology’s gates to Wallstreet. And they’re here to stay. And OKEx plays a big role in that.

Now, are all of their number real? Where they hacked and covered it up? And, what was their founder doing with the police for a month? All those questions remain unanswered, and for each user to consider.

But, this is not your typical exchange and they’re definitely offering much-needed financial services to the industry as a whole. 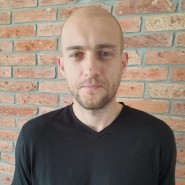