Cryptomining 101: Everything you wanted to know and more

It’s time to explore one of Bitcoin’s creator Satoshi Nakamoto’s most controversial and misunderstood ideas. Cryptomining is the premier way to earn cryptocurrencies, so you’d better pay attention.

The economic one is not the only incentive, by “mining” you’ll be helping to keep the crypto ecosystem safe and running like a swiss clock. The miners are an essential part of the whole process. And you could be one of them.

But, this process we’re mentioning, what exactly does it entail? Let’s find out!

What is the Blockchain? 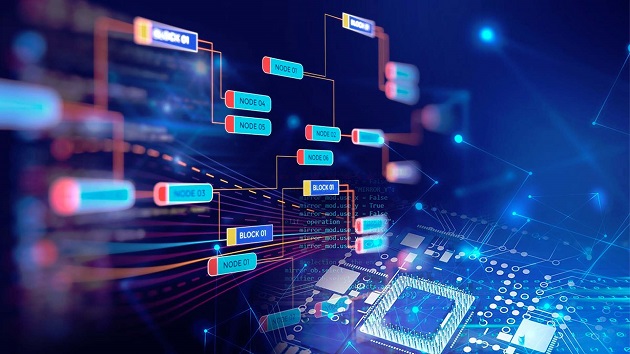 You’ve heard the word, but what does it refer to? The blockchain is a distributed ledger. An accounting system that’s public, permanently available to any computer that wants it, and replicated by each one in exact copies.

You see, cryptocurrencies run over decentralized networks. And the blockchain is what holds the network together.

The world’s banking system runs over a centralized network. That means that a central network of computers, controlled by one entity, takes care of the accounting and validates every transaction.

On the other hand, cryptocurrencies don’t answer nor are overseen by a central entity, and the network is distributed in CPUs all over the world. That comes with its own set of challenges and necessities.

For example, who validates the transactions?

The crypto miners do. 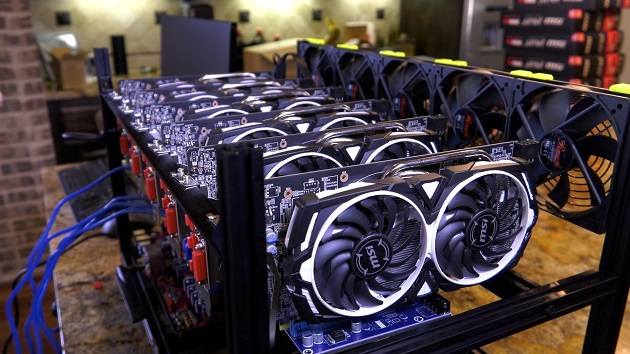 In the Bitcoin network, for example, a “block” contains 1MB of transactions. On average, that’s roughly 500 transactions per block.

But, who gets to validate them?

There’s not a central authority to assign them around.

So, the fists miner that solves an impenetrable mathematical problem that includes a cryptographic hash function (CHF) gets to validate them. Those CHFs are a basic tool of cryptography because they’re practically impossible to crack.

Using hashing algorithms the system creates a hash code. Guessing said code is the mathematical problem. The best way to solve it is to put the pedal to the metal and feed the machine possible answers until you find a match that opens the lock.

As we said, the first cryptocurrency miner or group of miners to find the answer validates the block. And the system rewards those miners with freshly minted coins. More on that later.

This admittedly crazy system is the magic behind the blockchain because it solves two gigantic problems.

If you’re thinking about starting a small operation or investing in industrial equipment, here are some concepts you should be familiar with.

In general, the concept refers to guaranteeing that a certain amount of computing power was spent to complete a specific task. In the crypto world, it was repurposed to guarantee that the value of the newly minted coins has an equivalent in real-world resources.

In a genius move, this process also solves the already explained double-spending problem. 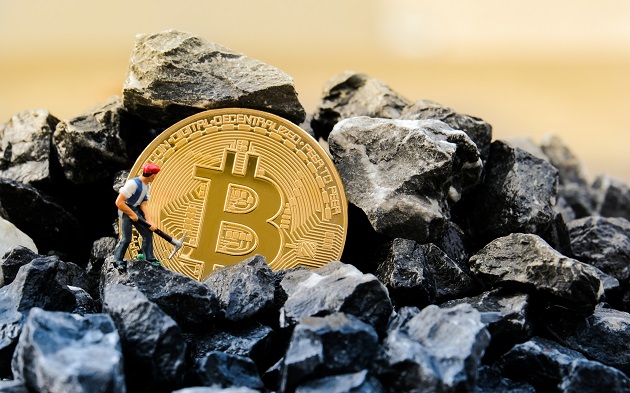 A generic term that could refer to a computer modified to mine cryptocurrency or a computing system specifically designed to do so.

In the blockchain, each “block” is a bundle of transactions. The crypto miners verify each one and are rewarded for doing so.

Cryptocurrencies run on a decentralized network that’s connected by a public ledger. Each transaction still needs to be verified and approved before appearing in said ledger, also known as the blockchain.

The leading manufacturer of commercial ASIC miners. Although lately, other companies like Innosilicon and the new kid on the block, Halong, are offering stiff competition. Besides them, there’s Bitfury, which doesn’t even sell its equipment to retail investors.

The processing power a single piece of equipment uses or contributes to solving those complicated mathematical problems we already described.

The “hashrate” is the total computing power that the entire distributed network is using at any given moment to validate transactions.

Those impenetrable mathematical problems we mentioned keep getting harder and harder as the network matures. That means more computing power is required to solve them. And more electricity to power those computers.

Mining is not a cheap operation. If you are based in Australia, find out what can you earn with mining down under.

But the rewards usually make it worthwhile.

For the whole system to make sense it’s imperative that those rewards, the newly minted crypto coins, have a real-life cost.

That’s the idea behind the Proof-of-Work mechanism.

If you have a physical bill and you spend it buying something, you can’t spend it again because you no longer have the bill.

But when the currency is digital, a copy is very easy to make. And a bad actor could spend it again.

To prevent that from happening, the crypto miners validate all transactions and make sure no coin is used twice. 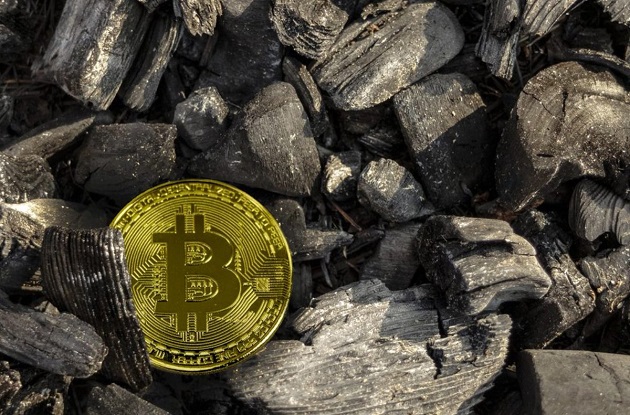 The newly minted coins are the incentive for miners to validate transactions. Also, the process is the way that the system uses to release new coins into the world. A beautiful cycle. A win-win situation.

Aside from that. crypto miners get to be the guardians of the system. If a change to the whole network is proposed, a consensus mechanism gets into gear and the miners are among the people who get voting power.

A description of that consensus mechanism and process, though, is not within the scope of this article.

You already know that you need processing power to mine, but, how exactly can you participate and what equipment do you need? Let’s explore that. 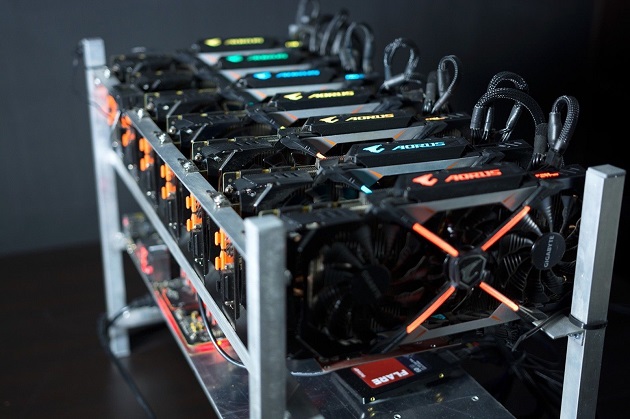 A Graphics Processing Unit, generally used for gaming, is powerful enough to solve those mathematical problems. However, as the problems got harder, specialized equipment emerged and took over the game.

You can still use GPUs, though. Especially if you run several of them on the same motherboard to mine altcoins.

Application-specific integrated circuits are devices specifically designed to mine cryptocurrency. In fact, they are usually made with a particular digital currency in mind.

On average, an ASIC miner has as much computing power as hundreds of GPUs. Make of that what you will.

These chipsets are efficient, but the professional-grade ones are expensive. However, in the highly competitive reality we’re living in, they might be the only viable option.

In today’s wonderful world you can rent computing power in the cloud and mine cryptocurrencies without the hassle of installing software and setting up hardware. You literally rent hash power and your reward is equivalent to the amount of power you contribute to the mining pool.

The good news is you skip the technical details and the maintenance, but these mining operations are contributing to the centralization of the network. Plus, you have to trust a third party with delivering your piece of the cake to you. 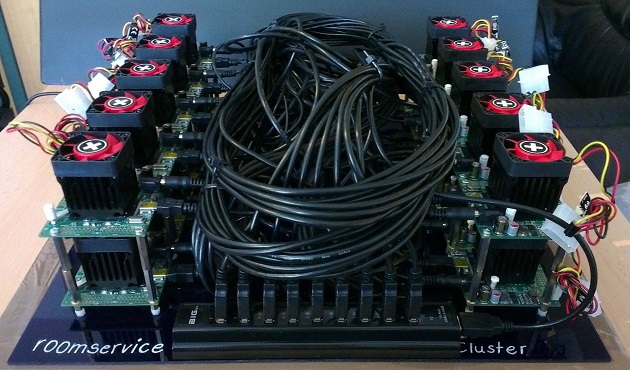 Back in the day, you could mine BTC with just your regular CPU and some mining software. Those days are long gone. The competition is too stiff and the mathematical problems are too difficult.

You can still mine smaller cryptocurrencies, though.

Be aware, a report from the Cyber Threat Alliance states that some cybercriminal organizations left ransomware behind and are focusing on cryptojacking to mine Monero. It’s that profitable.

The use of crypto mining malware is more common than you think, and your computer or smartphone might be already mining cryptocurrency for a criminal organization.

But don’t fret, basic cyber hygiene and a watchful eye can drastically improve your cybersecurity. Just know that this threat is out there, and don’t click or download anything from a source you don’t fully trust. A cyber attack can come from anywhere. 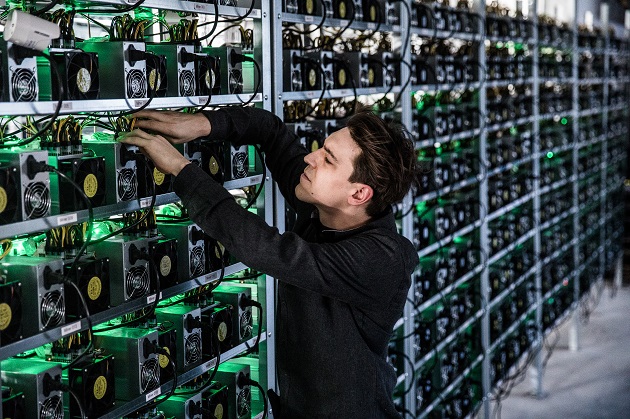 Let’s not kid ourselves, nowadays Bitcoin’s mining process is controlled by the big money boys and their industrial-size operations.

However, there’s a way for the little guy to participate in the game: mining pools. By joining these associations of crypto miners you can collect a piece of the reward that’s proportional to the hash power you contribute.

Still, it might be more profitable to mine smaller altcoins.

The thing is, the demand for mining is proportional to the coin’s liquidity and some of them don’t have enough action to justify a mining operation.

Somewhere in the middle of those two roads, there is Ethereum and several altcoins that don’t require a six figures equipment investment and that have enough demand to justify your efforts. Finding one could be the beginning of a profitable business.

Or maybe just join a mining pool and mine established coins.

How to know if your mining operation is Profitable?

To determine this, there are four main factors: The hash rate your equipment is capable of, the power that said equipment consumes, and how expensive is said power in the country you’re operating in. The fourth and most unpredictable factor is the cryptocurrencies price.

Using simple math, you could estimate the fiat-currency-profit your operation could make.

Luckily for you, in today’s world, there’s not even a need for math.

If you’re into simplicity, Buy Bitcoin Worldwide might have the solution you’re looking for.

If you’re into precision and details, WhatToMine has a more complex machine for you.

Crypto nining by location - where is it more profitable? 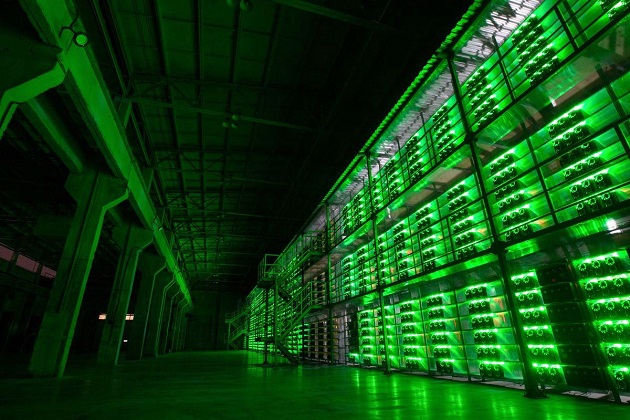 Electricity is cheaper in those places, it’s as simple as that. Another factor that can lower the costs is the weather. In colder countries, you don’t have to spend power cooling down the heat-producing equipment.

On the cheap-electricity front, we have China and Venezuela.

Some zones in China produce excess energy and the rumor is that it goes directly to the crypto mining facilities. It’s worth noticing that a report estimated that China consumes 70% of the world’s energy.

Venezuela is more complicated because, even though electricity is cheap, the country is in constant political and social chaos. And their Internet connection infrastructure is not to be trusted.

On the cold-weather front, we have Iceland and Canada.

The caveat here is that they both also produce excess energy in some regions. And have a strong tech industry that could serve as support.

It should be noted that, even though cryptocurrencies in general and especially BTC has been accused of being ecological catastrophes, there’s a strong economic incentive to take the mining operations to regions with excess energy that would go to waste if it wasn’t used. 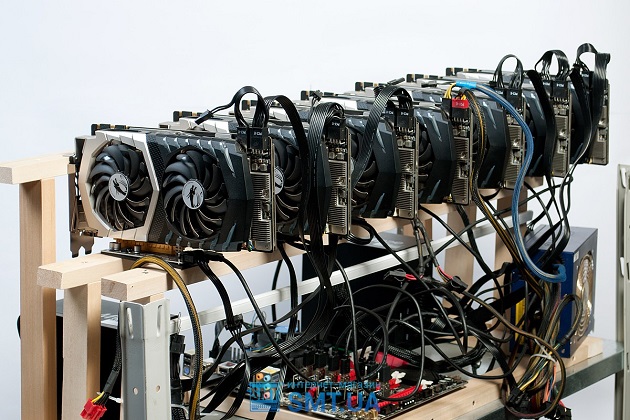 Look, the time for Bitcoin mining with a laptop is long gone. Even GPU mining is out of the question when it comes to the king of crypto.

Nowadays, if you want to get into the game, you have to invest in a serious ASIC machine and join a mining pool.

The only other option is to invest in several ASIC machines and go at it alone, but you’re going to have to face the giants all by yourself.

There’s a viable alternative, and that alternative is mining Ethereum and altcoins.

You can always go to a cryptocurrency exchange and transform them into BTC if you feel so inclined.

You could set up a mining rig consisting of a motherboard and several GPU cards and use mining software to program it to mine the cryptocurrency that’s more profitable at the moment.

Or you could invest in an ASIC machine and really do some damage. Remember, though, that Application-Specific Integrated Circuits are often geared towards one specific coin.

If you don’t want to deal with the hassle and the equipment, or if you’re not a technologically inclined person, cloud mining might be worth considering.

How To Buy Altcoins With USD In January 2022: A Step by Step Guide