Best Litecoin Exchange: Where to Buy LTC In Under 10 Minutes

For a while there, Litecoin was Bitcoin’s second in command.  A decade later, Litecoin is still going strong despite all the new and shiny coins that continue to flood the market. It’s still a Top 10 cryptocurrency by market capitalization. A well-respected piece of machinery with great name recognition that can still earn your attention, dear reader.

A well-respected piece of machinery with great name recognition that can still earn your attention, dear reader.

And we’re going to show you how and where to buy this popular cryptocurrency.

But first, a history lesson. 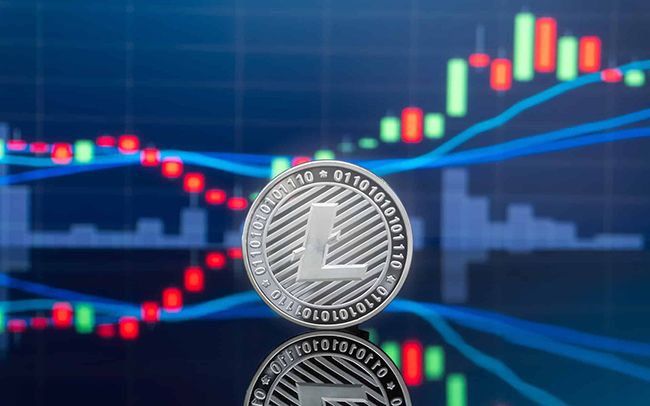 A Bitcoin fork that’s almost identical to the original, basically. The differences between them are all intended to make Litecoin faster and lighter.

The project never tried to outshine Bitcoin. It grew comfortably in its shadow instead.

Charlie Lee created it on October 7th, 2011. He’s an ex-Googler and an ex Engineering Director at Coinbase.

In his version of the cryptocurrency, a new block is generated every 2.5 minutes. Transactions are faster and cheaper.

Like Bitcoin, it uses proof of work as a consensus mechanism.

The current block reward is 12.5 LTC. The next halving will be around August 2023.

There will only be 21 million Bitcoin. Litecoin’s maximum supply is four times as much, 84M. 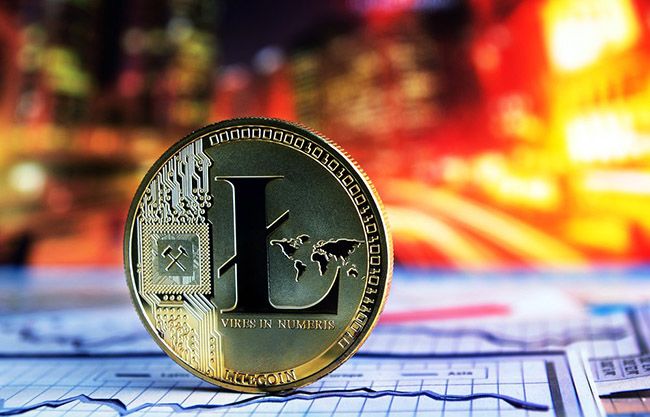 This is not Ethereum with its fancy smart contracts.

Litecoin is essentially Bitcoin, but with faster and cheaper transactions.

This sounds like a good thing, but people instinctively know that the original one is the one to watch.

Even though Litecoin is four times more common, it doesn’t go for a quarter of Bitcoin’s price. Not by a long shot.

As a side note, Litecoin is really to Bitcoin.

When Bitcoin integrated SegWit or Segregated Witness technology, Litecoin adopted and accepted it with minimum alterations to the code.

Before we show you how to buy Litecoin, you have to know the facts.

Let’s explore what makes Litecoin a good investment, and what are some of the drawbacks it presents. 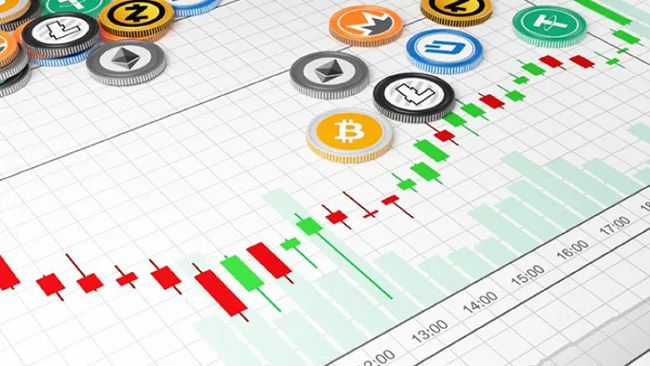 Why should you opt for Litecoin instead of hundreds of other Altcoins?

Where to buy Litecoin?

Everywhere. These are not Bitcoin exchanges, and Litecoin’s been a Top 10 cryptocurrency for years.

There are several shiny new coins grabbing all the attention, but Litecoin’s place is cemented.

Be aware that all of the places we’re about to name offer mobile apps for iOS and Android, which means you can trade and be informed on the go.

Also, be aware that none of these sites accepts PayPal as a method of payment. 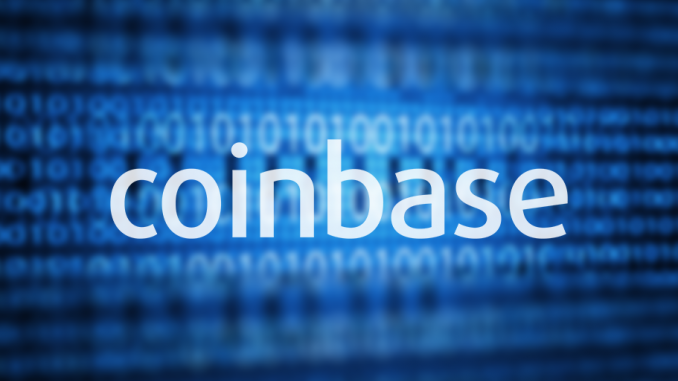 As the first crypto company to go public, Coinbase’s business is booming.

They offer both a classical cryptocurrency exchange and a professional trading platform that goes by the name of Coinbase Pro.

And yes, you can buy Litecoin in both places.

To fund your account, they accept bank transfers, credit cards, and debit cards. Your bank account has to be authorized first, though.

So, get started with the KYC process already.

Fees when purchasing Litecoin on Coinbase

First, you have to get some Fiat currency into your account. The fees for that vary:

Why should you buy Litecoin on Coinbase?

First of all, the ease of use. Coinbase’s interface is legendary, user-friendly, perfect for beginners.

Also, Coinbase is one of the most compliant cryptocurrency exchanges out there. If being right with the government gives you peace of mind, this is the exchange for you. 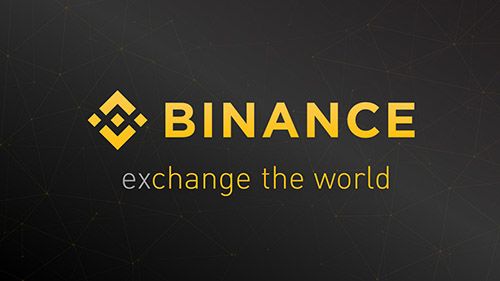 The biggest cryptocurrency exchange in the world also offers the most variety of coins. Among them, of course, is Litecoin.

How could it not be?

Please notice that Binance has a separate site for citizens of the United States and that Binance US has slightly different rules.

All the information below refers to the main site.

They accept SEPA and wire transfers, plus credit cards and debit cards.

The fee is 3%, but they often slash it to 1% for promotions.

Fees when purchasing Litecoin on Binance

So, let’s pretend that you want to buy 100 LTC using a credit card.

Why should you buy Litecoin on Binance?

Liquidity. This is probably the most active cryptocurrency exchange, most of its markets have movement.

Also, if at any point you feel like crypto trading, over at Binance you’ll be able to exchange your Litecoin for all kinds of digital assets.

The third point is information.

The Binance Academy will teach you everything you need to know to progress as a trader. For free. 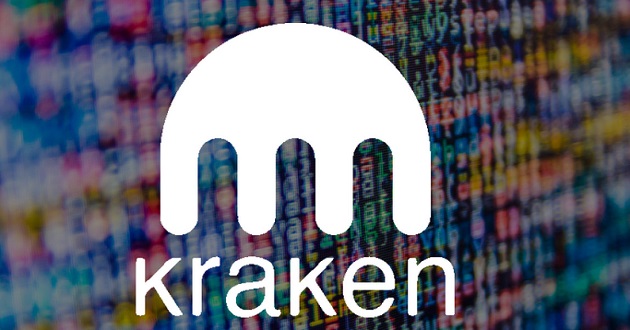 Kraken is a hybrid. They comply with the government and are probably going to open the first fully regulated crypto bank, but the company has a personality and fights back when provoked.

It’s a US-based operation, but it serves the whole world.

Fees when purchasing Litecoin on Kraken

So, let’s imagine that you want to buy 100 LTC using a credit card.

Why should you buy Litecoin on Kraken?

Buying Litecoin is an easy endeavor.

And doing it from a tried and tested exchange takes a load off your mind. Kraken is as solid as an exchange can be.

And it offers better graphic design than most.

Kraken is probably one of the most well-known and well-respected exchanges for buying, selling, and trading digital currencies. They offer funding options, staking, margin trading, liquidity, and 24/7 support for beginners and experienced traders alike.

If you want a trusted exchange that offers plenty of features, you can get started on the Kraken website or download the Android or iOS app today.

Do you still have questions?

Because we still have answers.

Is LTC a good investment?

With a $22B market cap, this coin is a serious crypto asset and isn’t going anywhere any time soon.

This digital currency will never be Bitcoin, nor does it want to.

Litecoin wants to be flexible, to be spendable, to be convenient.

If you think they will or are accomplishing that, then of course it’s a good investment.

Another huge advantage that it offers is that is solid, true and tested. So if you want to be conservative inside something as crazy as the crypto market, this is the coin for you.

There’s no shame in playing it safe.

Where to store LTC?

You’ll need a Litecoin wallet to store your coins.

Luckily for you, Smart Billions already looked into the subject and prepared this handy guide.

Remember that, as a rule of thumb, a hardware wallet is the most secure option.

And a hot wallet, that is one connected to the Internet in any way, is the least secure.

Remember that Trezor and Ledger Nano are the most respected hardware wallets.

And that keeping your private keys is vital, so look for that in a crypto wallet.

It seems unlikely at the moment, though. Litecoin is in BTC’s orbit, but the two of them are in whole different planes.

What is the latest news regarding LTC?