How to Mine Monero: The Ultimate Guide to (XMR)

It’s time to explore the most controversial privacy-focused coin there is. Not so long ago, Monero was in the Top 10 of cryptocurrencies by market capitalization, and regularly made headlines for all the wrong reasons. Nowadays, the project has fallen behind the new kids on the block and it’s not a main topic of conversation in the blockchain world. Which might be a good thing, considering you’re reading up on how to mine Monero.

So, you are interested in XMR Mining, huh? Well, you might want to get familiar with the coin first.

What is Monero anyway?

In April 2014, a Bitcointalk forum user forked the Bytecoin code and disappeared forever.

The community took over the project, named it Monero, and created a monster.

It was the coin of the year in 2016, its growth was larger than any other that year.

Like Bitcoin, it relies on the Proof-Of-Work consensus mechanism to make decentralized decisions.

Nevertheless, Monero is completely anonymous and untraceable. Bitcoin is not. Another big difference from BTC is its fungibility.

Since Monero works in the dark, the individual coins have no history. That means, they’re completely interchangeable.

They’re like Fiat bills, a $20 bill is interchangeable with any other $20 bill. Bitcoin’s blockchain is public, each coin’s past transactions are always available in the ledger.

That means Bitcoin is not fungible. Every piece of every coin is unique. 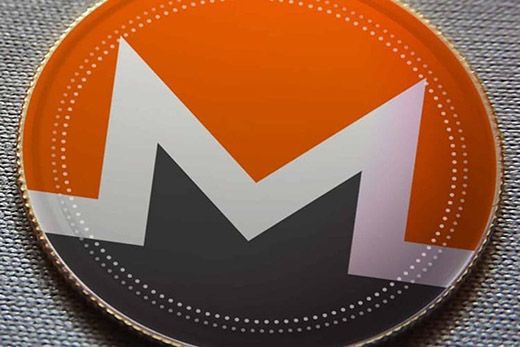 (From here on out you’ll need basic knowledge about cryptocurrency mining to understand. If you want to go over the main concepts, Smart Billion’s “Crypto mining 101” guide is the place to do it)

How to mine Monero in five and a half easy steps

Be aware that you can still buy Monero at the big cryptocurrency exchanges, like Coinbase or Binance.

Nevertheless, if you decided to invest money and time mining Monero, this is the tutorial you were looking for.

Congratulations on finding it.

Let’s get down to business.

Step one – Get a Monero wallet

To receive the payout you’ve fought so hard to get, you’ll need a wallet address.

As it happens with all cryptocurrencies, hardware wallets are recommended.

If you already invested in a Ledger Nano or a Trezor, you have a Monero compatible cold wallet.

If you don’t want to mess around with software wallets, you should check out the Ledger Nano S. This affordable hardware wallet is a great way to keep your coins safe and secure. With support for nearly every coin on the market, it’s tough to go wrong with the Nano S.

To get your hands on this high-quality, affordable hardware wallet, visit the Ledger website

To receive your hard-earned coins you’ll only need to copy the public address and wait for further instructions.

If you haven’t invested, the next best choice is a desktop wallet.

Those are programs you download and run from your own computer.

On Monero’s website, they recommend GUI wallet and CLI Wallet.

If you insist on using a phone, an online wallet is what you need.

Bear in mind that this is a hot wallet, and those are considered the least secure ones. On Monero’s website, they recommend Monerujo for Android, MyMonero for iOS, and Edge and Cake wallet for both operative systems.

Whatever you decide, have your public address handy because you’ll need it. 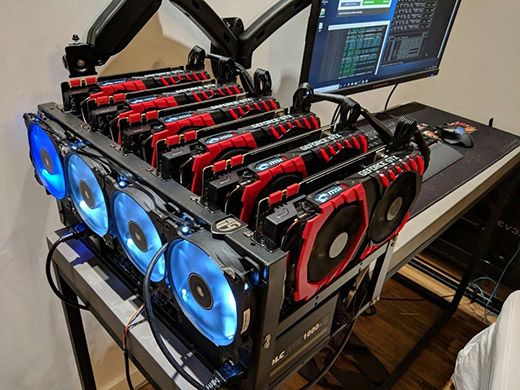 As we told you, ASIC mining is out of the question when it comes to Monero.

And, even though CPU mining is recommended, you can use both a CPU and a GPU without a problem.

You can do this in Windows, Linux, and iOS. You can use an Intel processor or an AMD one. For a graphics card, you can use an Nvidia card or AMD once again.

The more advanced option is to set up a mining rig with several GPUs.

That’ll certainly give you a higher hash rate, but it requires higher investment, some technical knowledge, and regular maintenance.

Also, remember that the thing about XMR is that the team behind the project wants everybody to have the possibility of mining.

So, you might as well start with the equipment you got and see how it goes. Always taking into account that the better and most appropriate the equipment, the higher the payout. 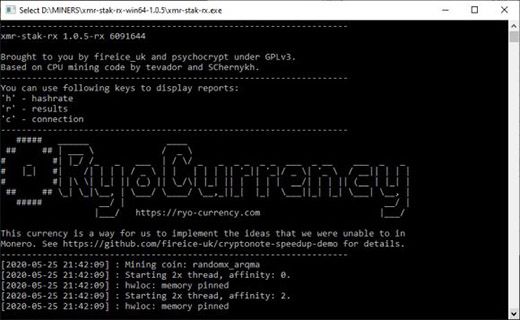 Most miners use XMR Stak as software. There used to be three versions, one for Nvidia GPU, one for AMD GPU, and one for CPU mining.

Nowadays, there’s only one version that works for those three options, so it’s easier than ever.

Be aware that XMR Stak charges miners 2% of their bounty unless said miner can compile the source code by him or herself.

Step four – Set up your Windows for success 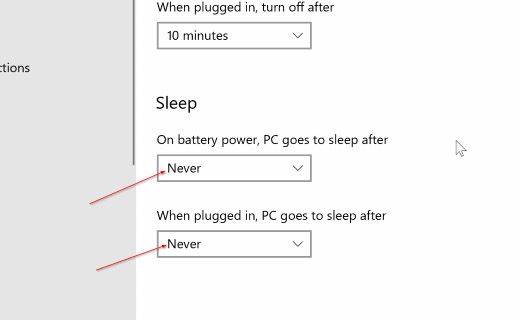 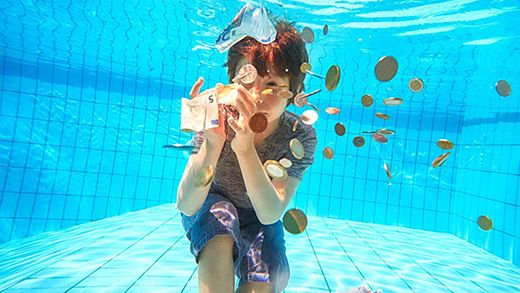 Unless you have a warehouse full of mining hardware, you need to join a Monero pool to be able to compete in today’s market.

By joining a mining pool, you’ll contribute the power of your hardware, and the joint forces will increase your team’s chance of success.

The more blocks you validate, the biggest the reward. And that reward is split between the mining pool’s participants.

Be aware that every Monero miner will have to pay a pool fee. Nothing’s for free in this world.

Among the most popular mining pools active today are MineXMR, Nanopool, SupportXMR, c3pool, Minergate, and F2Pool.

Choose wisely. Join. Get your pool address and keep it handy.

To set up your .bat file you’ll need to:

Step five and a half – Start Mining 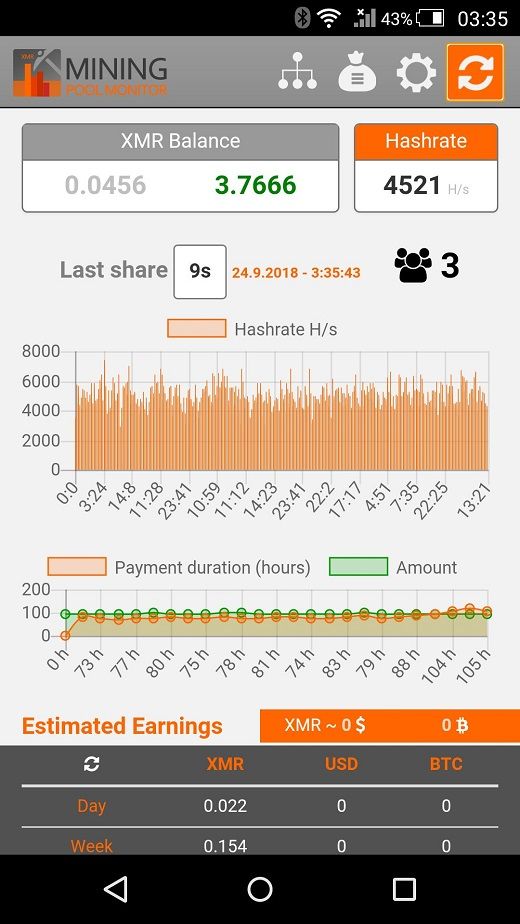 Double click on the .bat file and let your mining software work for you.

To monitor your profitability, go to the mining pool’s website, log in, and introduce your Monero wallet address.

In theory, you could mine Monero solo with the CPU you already own. In practice, chances are it will take more than a decade for you to get to validate a block.

If you run a full node, you could get lucky like this person on Reddit, but don’t count on it.

If you mine solo, you’re contributing to the network’s decentralization.

And many people do it just to accomplish that like it’s their civic duty.

If you join a reputable mining pool, your cut of the profits is guaranteed.

You are not, and never will be, completely independent.

That’s the current state of the game.

The short answer is: Unless you have serious equipment at your disposal, probably not right now.

Hear us out, though.

Mining profitability depends on your equipment’s power consumption, the electricity cost in the place you reside, and how much you decide to invest in your equipment.

Right now, the hash rate is high, so the difficulty is high. These numbers are constantly changing, though.

The other key factor is Monero’s price. And at the time of writing, XMR is a little on the low side.

This could change at any moment, though. The Moneros you make today can be worth a lot of USD in the future.

So, mining Monero is not profitable at the time. Unless you live in a place with really cheap electricity or have a few GPUs lying around collecting dust.

How long does it take to mine 1 Monero? 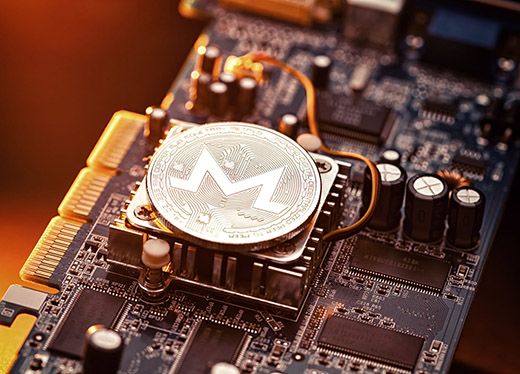 Once again, this depends on your hardware’s power. To be sure, the best thing to do is to consult a mining calculator like this one.

Let’s play out an example, though:

Can I mine Monero on my phone?

In theory, you could. Monero’s RandomX hashing algorithm allows for CPU mining and it could allow for phone mining.

In practice, you can’t. It wouldn’t be profitable and your phone would burst into flames.

That is unless you own HTC’s Exodus cryptophone. Apparently, you can mine Monero with those.

We haven’t used them, though, so don’t quote us on this one.

Monero and Cloud Mining is it possible?

Yes! And it might even be advisable, considering Monero’s current difficulty.

There are, of course, disadvantages to this process. You’ll not be independent or anonymous. On the other hand, you could start right away, no setup necessary. You could have skipped this guide altogether.

Here, you’ll find a comparison of the most popular services available.

What is XMRig? Is it a virus?

XMRig is a legitimate open-source software for Monero mining.

Sadly, cybercriminals figured out a way to sneak it into people’s computers to get them to mine Monero for them.

And in that form, it infects your computer pretty much like a virus.

This is so common, that most up-to-date antiviruses have defenses against it and can remove it with ease.

So, if your computer is protected, you have nothing to worry about.

How to Mine Zcash: A Step by Step Guide