Elon Musk’s Tweets are taking the Investment World by Storm 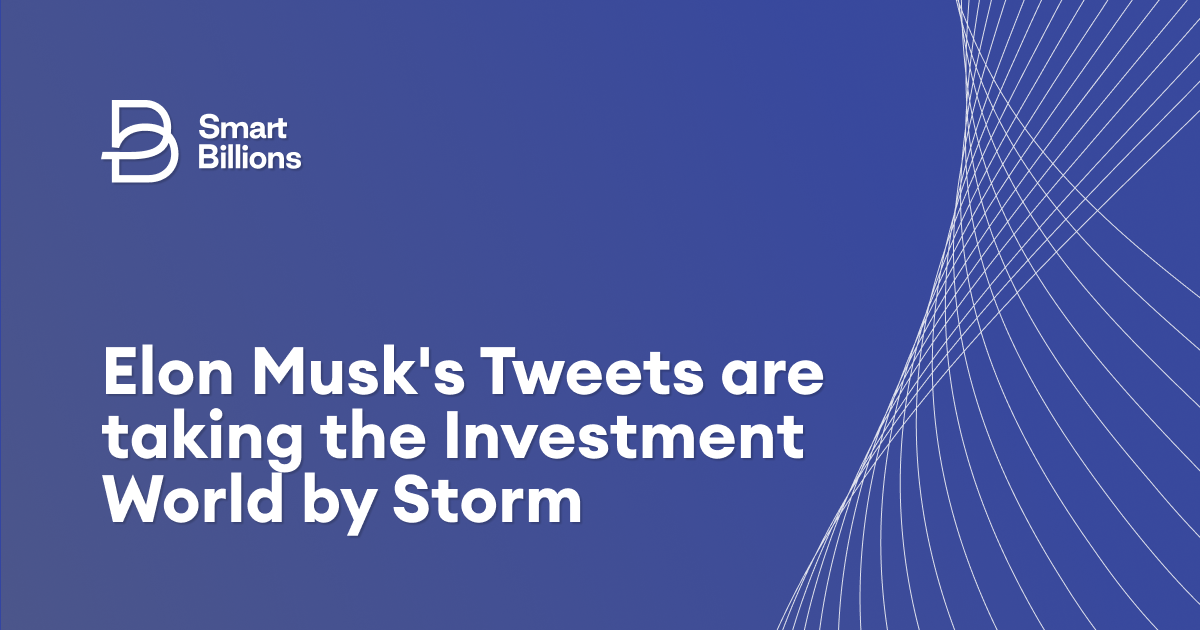 Elon Musk is the world’s richest man, so why not go into an asset-buying frenzy each time he tweets about a tradable asset?

He surely knows what he is doing. “The Musk way or the highway”, really needs to be a thing.

A single tweet from Elon Musk can disrupt trading markets and lead to a substantial increase in the value of the asset he tweeted about – now that is the kind of power a man craves for.

In this article, we will dive into the power of Elon Musk’s tweets and the assets he has promoted (and joked about). 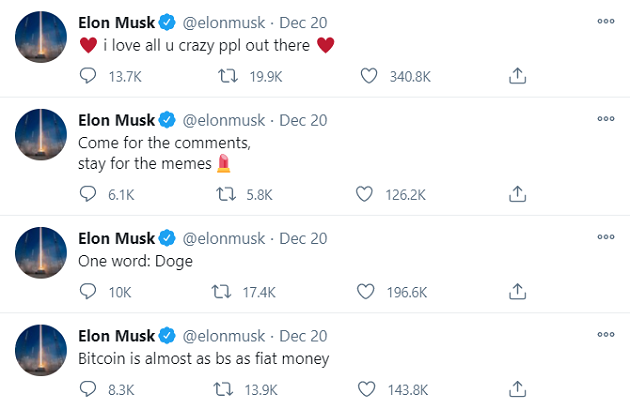 This led to a 14% spike in the price of the cryptocurrency. On the 20th of December 2020, he tweeted about the crypto token again and this time around the crypto asset’s price surged by 20%.

Since then he has clarified that he is not an advocate of Dogecoin and was merely joking.

Musk is a Bitcoin advocate 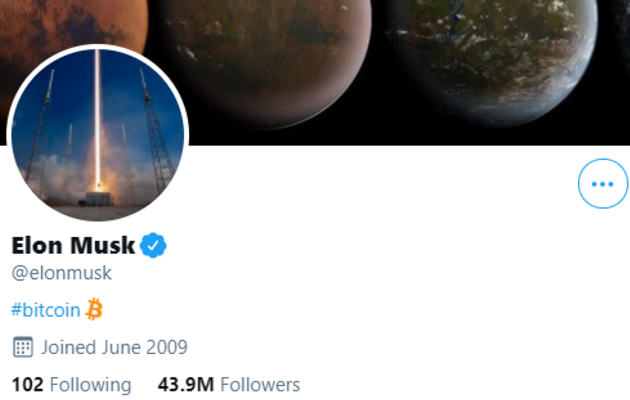 While admitting that his tweets about Dogecoin were meant to be a joke, Musk said that he is a supporter of Bitcoin.

He believes that the cryptocurrency is on the verge of gaining wider recognition and acceptance.

He hasn’t changed his bio since (at the time of writing).

On the 26th of January 2021, he tweeted about a hand-knit woolen hat that he bought for his dog on Etsy. This led to a jump of as much as 8% in Etsy’s stock price, though it closed down 2.1%.

On the 29th of January 2021, he tweeted about the subreddit ‘r/WallStreetBets’, with regards to the notorious rise in GameStop’s stock price. This led to a surge of more than 60% in the stock’s price.

History suggests that you will reap a substantial profit.