What Happens To Bitcoin After All 21 Million Are Mined? 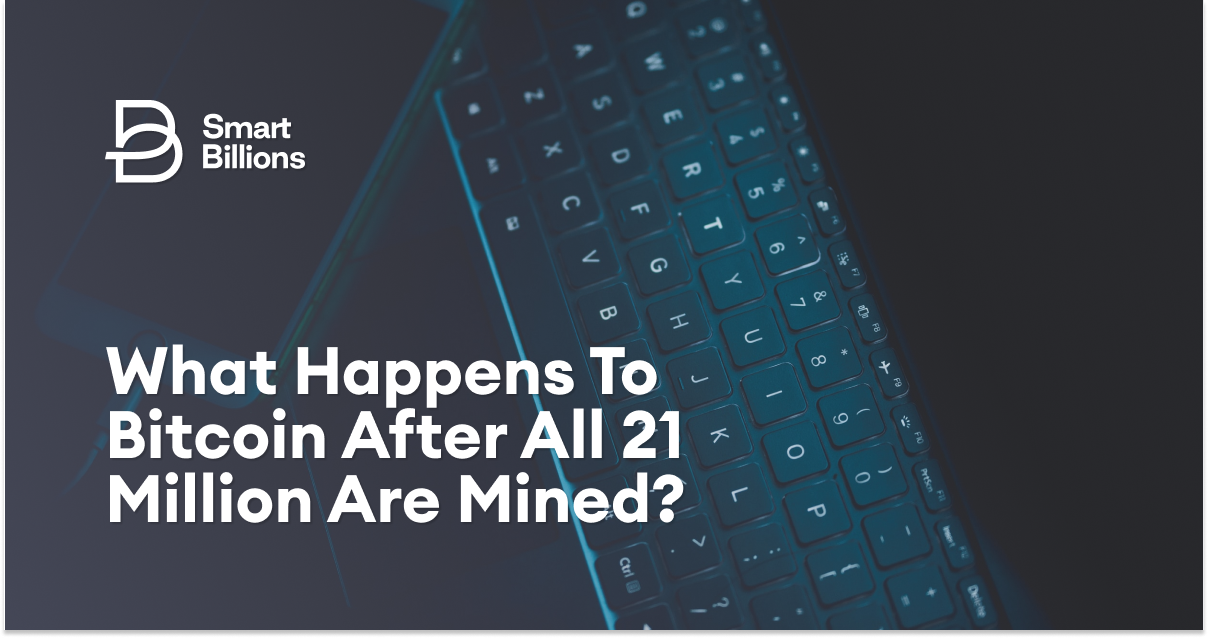 21 Million is one of the most important figures to note about Bitcoin. It is the maximum number of Bitcoins that could ever be mined.

As of February 2021, there are 18.638 million Bitcoins, and miners still can mine more Bitcoins. It will happen until all 21 million Bitcoins are mined and made available in the market.

However, have you ever wondered what happens to Bitcoin after these 21 million are mined?

What would be the implications on miners, their revenue? More importantly, you may want to know the impact the 21-million mark would have on the price of Bitcoin.

In this article, we will discuss these questions.

When will all Bitcoins be mined?

As we said, 21 million is the maximum cap of the original Bitcoin project. This number was decided when the project was launched.

As you know, miners are the people who introduce Bitcoins to the market. Miners get their hands on Bitcoin when they discover a block, a computational task that keeps the blockchain running.

The miners get paid in Bitcoin to verify other Bitcoin transactions and maintain the system updated.

However, because Bitcoin follows the concept of controlled supply, it has taken a few measures. Probably the most significant step would be Bitcoin halving.

Bitcoin halving happens whenever miners have discovered 210,000 new blocks. During this process, the project will be cut down the block reward in half.

When the project started, a miner received 50 BTC as the block reward. However, after the latest halving, it is set at 6.5 2BTC.

It means, over time, fewer Bitcoins will be introduced to the market.

Based on this calculation, it will be around 2140 when all the Bitcoins are mined.

What happens to miners once all Bitcoins are mined?

Without miners, the blockchain or Bitcoin cannot survive.

Therefore, the Bitcoin project will reward miners in another way once all Bitcoin is mined.

The system of block rewards would not continue once Bitcoin has reached the 21-million mark.

Miners, who verify the transactions, will receive this fee so that the system keeps on running.

Even today, miners get their revenue from transaction fees. However, compared to the amount of BTC they get as the block rewards, the transaction fee rewards are very low.

By 2140, however, this situation would turn upside down. Miners will have to rely on the transaction fee rewards entirely.

As you can guess, it will be a less lucrative business as well.

Will Bitcoin mining be profitable after all Bitcoins are mined?

Bitcoin mining will still be profitable after all Bitcoins are mined.

However, the amount of profit may vary. Transaction fee rewards will not match the rewards miners receive for Bitcoin mining.

Given that Bitcoin mining becomes obsolete by 2140, miners will lose the lucrative position.

On the other hand, by 2140, the demand and value of Bitcoin will increase. It means the miners will have a relatively sustainable source of profit.

Therefore, all the mining hardware and expertise that miners have gathered over the years would not become waste.

Even in the worst-case scenario, transaction verification on the Bitcoin blockchain will remain profitable.

A single miner deciding to stop mining Bitcoin will not affect the Bitcoin project.

There will be more miners to take up the task. However, if all miners decided to stop their work, it would be a problem.

If all miners stop the mining task, the Bitcoin project cannot move forward.

Even though users can store all their Bitcoin in digital wallets, transactions would not occur.

A transaction requires a miner to add new blocks to the system. Since no one is mining Bitcoins, this process would not happen.

Long story short, the design of Bitcoin as we know it will cease to exist.

Some studies have pointed out that the complete reliance on transaction fee rewards will be a problem that the Bitcoin project will face.

There are also problems like selfish mining, where the miner can hold the block for more time, thus receiving more money.

What will happen to Bitcoin’s price?

We mentioned that fewer Bitcoins would be mined over the upcoming years. It happens due to Bitcoin halving.

At the same time, the demand for Bitcoin is expected to rise.

Therefore, by 2140, when there are no Bitcoins left to be mined, the Bitcoin would have reached a value that we cannot imagine.

It also means the miners who receive the transaction fee reward can redeem their earnings for a better deal.

The controlled supply model is one reason why Bitcoin’s price keeps skyrocketing. People tend to buy things that they know would become scarce in the future. However, these are mere predictions, and we cannot even begin to predict the exact value of BTC by 2140.