Coinbase vs. Bitstamp: Which Crypto Exchange is the Best?

Alongside Kraken, Bittrex and Binance, Coinbase and Bitstamp are some of the most popular crypto exchanges out there. Both are time-tested, stable, support multiple currencies, and are secure. So how would you know whether to go for Coinbase and not Bitstamp, or vice versa? Sieving through the web to identify the better one can be daunting and take ages. Luckily, we did compared Coinbase vs. Bitstamp, so you don’t have to.

This article takes a deep dive into Coinbase and Bitstamp – from fees to supported currencies to quality customer support, we analyze everything.

Coinbase and Bitstamp have several similarities, especially in terms of regulation, supported currencies, credibility, and security. Still, there are minor differences worth looking at. For instance,

Bitstamp seems to target more advanced users judging from its complex user interface and lengthy procedures for getting started. On the other hand, Coinbase seeks to get newbies set up and trading in no time.

Bitstamp has more pro features, but the trading fees on Coinbase are typically higher. 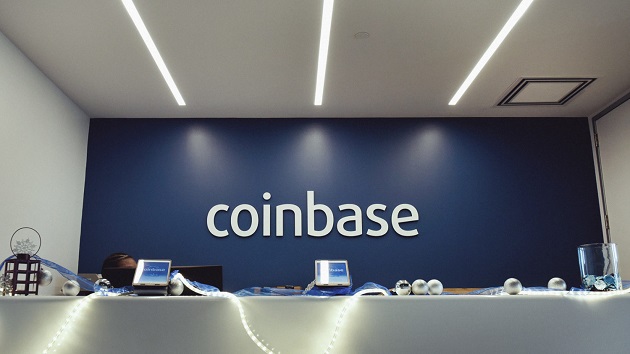 The credibility of a cryptocurrency exchange is usually pegged on several things, including:

Coinbase, so far, has no history of a security breach, although it has been the target of attempted hit jobs. Just recently, the company reported that it successfully stopped hackers from fleecing about 1,100 of its users.

Bitstamp hasn’t been as lucky. In January 2015, hackers social engineered Bitstamp employees and managed to siphon 19,000 BTC – worth $5 million at the time. However, the company assured customers that their balances would be honored, stating that the bulk of its deposits were securely stored offline.

Bitstamp also followed with a range of security measures to board up the platform. Since then, the exchange has been able to win users’ trust and it remains one of the most active in terms of trading volume today.

Both Coinbase and Bitstamp operate under government regulations. Operating under regulators’ watch gives users the confidence that they are dealing with legitimate businesses. Such is the case for these two exchanges.

A boost to the exchanges’ credibility is the fact that both have physical offices. Bitstamp boasts of an office in the prestigious New St Square in London and two others in Luxembourg and New York. Coinbase, headquartered in San Francisco, has five other offices spread out in New York, Portland, Dublin, Tokyo, and London.

Bitstamp was founded in 2011 by two Slovenians, Nejc Kodric and Damijan Merlak, to respond to the myriad of trust issues that crypto exchanges were facing at the time. In 2011, blockchain and cryptocurrencies were still new, let alone crypto exchanges.

Due to its focus on regulatory compliance, Bitstamp received Luxembourg’s seal of approval as a financial institution in 2016, making it the first licenced crypto exchange.

Since then, it’s been easier for the company to integrate with leading financial institutions worldwide, starting with the Single Euro Payments Area (SEPA) and extending overseas.

For its part, Coinbase was established in 2012 to restore the confidence that users were fast losing on crypto exchanges. Co-founders Brian Armstrong and Fred Ehrsam came up with the idea of ensuring all customer funds held at the exchange.

This means that if cyberpunks were to breach the exchange and drain users’ wallets, the insurance policy would compensate all the affected.

In the wake of Mt. Gox’s hacking, this idea was convincing, not only to end-users but to regulators alike.

Bitstamp is currently headquartered in London (although it was founded in Luxembourg). Coinbase is an American company.

Although the two exchanges are located in their respective countries, you can use their services from virtually anywhere.

Nevertheless, US customers have an added advantage when withdrawing from Coinbase since they can cash out from their Coinbase fiat wallet to their United States bank account. As for users from other countries, alternative payment methods are the way to go. 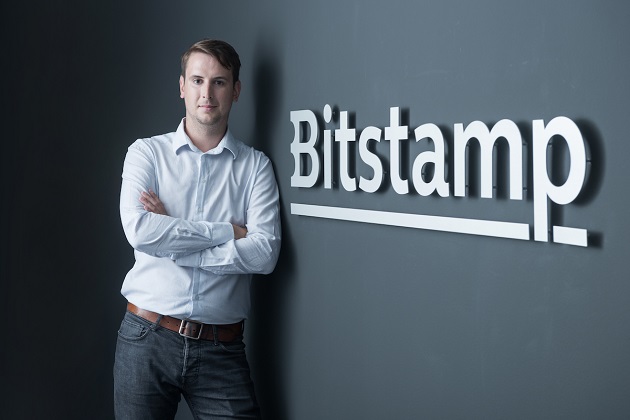 Coinbase started with a BitLicense from the NYSDFS. Today, almost all state authorities have granted the company a license to operate in their jurisdiction.

At the time of writing, Coinbase has licenses from 45 states in the US. Outside the US, the company has also been awarded licenses by the Financial Conduct Authority (London) and the Central Bank of Ireland.

Although it has offices in Japan, Coinbase is yet to receive a license from the country’s financial services regulator. However, there are rumors that approvals are around the corner.

Bitstamp was first licensed in Luxembourg. Since the city-state is a member of the European Union, this license allows the company to conduct its activities in any of the EU’s 28 countries. Don’t worry about Brexit – Bitstamp was already operating in London before the British sought to leave the European Union.

Bitstamp was given approval by the New York State Department of Financial Services (NYSDFS) in the US.

Worth noting is that the license came in 2019 – that’s after four years of waiting. Besides these two, Bitstamp does not seem to be too keen on seeking further approvals from authorities around the world.

Coinbase and Bitstamp share a range of features which include the following:

Both Coinbase and Bitstamp facilitate cash out to banks. For Coinbase, cashouts must be made to your Coinbase fiat wallet before channelling them to your PayPal/local bank. Bitstamp allows direct cash out to your bank but does not yet offer PayPal withdrawals.

You can buy supported cryptocurrencies using fiat currencies – that is, using your credit/debit card. Also, Bitstamp supports international wire transfers while Coinbase does not.

Coinbase generally charges higher fees – 1.49% to a US bank account or Coinbase USD wallet, 3.99% for debit/credit card and 1.5% for instant withdrawal. On the other hand, Bitstamp fees are predictable – they charge a flat fee of 0.0005 BTC for withdrawals, regardless of the amounts involved.

Bitstamp, on the other hand, allows Bitcoin and a limited selection of altcoins which include:

Coinbase has two mobile app versions: one for beginners and the other for pro traders.

The one for beginners features a highly intuitive user experience with easily accessible features. The app is available on both Android and iOS.

For the pro version (Coinbase Pro), the interface is a little complex: candles, depth charts, and portfolio overview, and so on. Coinbase Pro has all the pro features (which are discussed later in the article). It is also available on both Android and iOS.

The pro app is rated 3.3 on PlayStore (as of November 2020) with numerous complaints of users not being able to log in, others not seeing their balances, and so on. The developers don’t respond to these complaints (perhaps they are trying to discourage non-official communication channels).

Coinbase for beginners has more positive reviews. It currently scores 4.2, but there are still numerous complaints of frustrating experiences.

BitStamp allows you to use an intuitive interface to instantly deposit or cash out directly to your bank. They’ve been exchanging Bitcoin since 2011 and offer 24/7 dedicated support for all of your issues.

To get started on the world’s original crypto exchange, download the BitStamp iOS or Android app, or login to the desktop app today!

Unlike Coinbase, Bitstamp has only one version of the app, and it seems to be the pro version.

The candles and charts are still present, but the developers tried to use a minimalist design, so you don’t strain too much looking around for things. Bitstamp app users have nothing but praises for both the product and the team behind it.

For the few dissenting voices, the app’s customer support is always quick to respond to queries. The app is available on both iOS and Android.

Phone support is not available, understandably due to the high volume of requests. But if you have an emergency, such as needing to disable your account disabled immediately, you can call Coinbase Support using a contact they will provide after you fill the ‘contact us’ form.

Coinbase customer support generally has negative reviews – but this could be because of the nature of issues they are asked to resolve.

Bitstamp’s customer support is available primarily through email and their support page, where you can raise tickets and attach documents to support your case.

Phone support is not available, also possibly due to the high volume of support tickets handled daily. Bitstamp users are generally torn between giving their customer support 5-star ratings and ranting about the team’s incompetence. 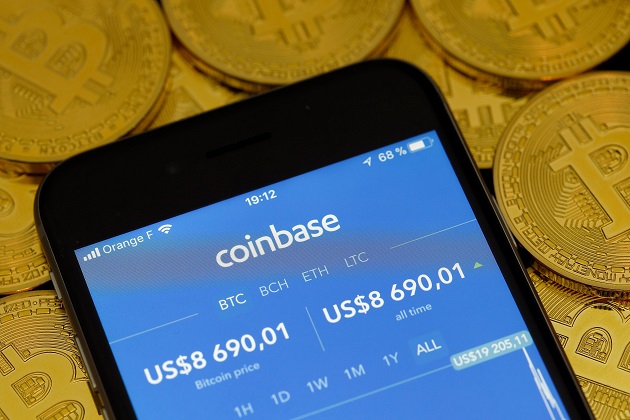 Bitstamp and Coinbase Pro can take each other head-on when it comes to feature comparison:

Coinbase is relatively easy to set up and use, both on the web and the mobile app. For Coinbase Pro, one needs to be familiar with crypto trading to use its features meaningfully. Bitstamp, on the other hand, feels a little more advanced right from registration.

It has a lengthy setup process but once your account has been configured, expect smooth sailing – the interface is great, and things work as you would expect. Coinbase’s interface is okay overall, but it can also be cumbersome. For instance, buttons and checkboxes sometimes appear to be hiding due to poor contrast settings.

The hardest part of using either platform is setting up. But once this step is complete, buying crypto or cashing out is a breeze.

Which exchange is better?

Both Coinbase and Bitstamp support a raft of functions that both novice and seasoned traders will find highly convenient. However, Coinbase has a slight edge over Bitstamp when it comes to simplicity and ease of setup. Also, Coinbase supports more cryptos, giving users more choices.

For its part, Bitstamp could appeal more to experienced traders. It generally has lower fees and a bigger range of cryptocurrency trading options and trading pairs – qualities any trader would relish. Still, new users find Bitstamp comfortable enough.

In terms of security, both shine in their own ways, as they employ robust measures to safeguard user funds. So, which exchange is better? We find both exchanges very competitive. Your choice between the two would depend on your needs, preferences, and, of course, your personality.