Coinbase vs Binance: Comparing the Two Most Popular Crypto Exchanges (2022)

This is the main event. The battle you were waiting for. Coinbase vs. Binance. In the following article, the two biggest cryptocurrency exchanges go head to head. Learn who offers better rates and security, a wider variety of coins, which one is easier to use, and much more.

More importantly, is Coinbase or Binance better for your particular needs? When all is said and done, you’ll have enough information to make that decision.

What are the key differences between the two?

Each of these giants has its pros and cons. They excel in some areas and lack in others.

Let’s go more in-depth and explore each one of those claims. But first, a history lesson. 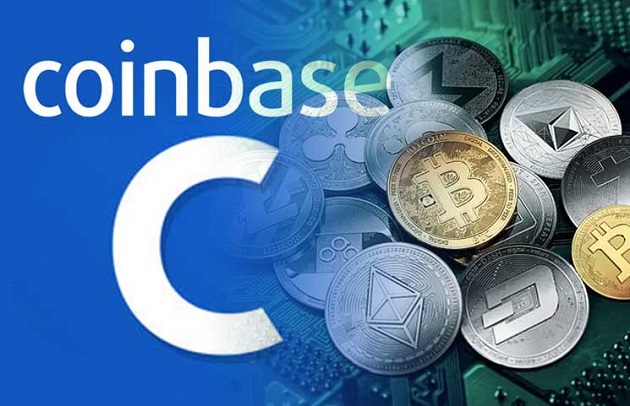 These two couldn’t be more different. It could be said these companies’ ethos lay on opposite sides of the spectrum. And it all starts with their creation.

The company was born in 2012 in San Francisco, California, and it still operates from there.

They were pioneers, Brian Armstrong and Fred Ehrsam founded Coinbase just three years after Bitcoin’s blockchain was created. A success from the beginning, it only took them two years to get to a million users.

As it happens, that attracted the eyes and USD of some of the biggest venture capital firms.

With that money, they set out to create a separate trading platform for advanced users. In 2015 they released the first version, Coinbase Exchange.

In 2016, they upgraded it and renamed it GDAX, which stands for Global Digital Asset Exchange. Recently, they changed the name once again to Coinbase Pro.

It’s worth noting that Coinbase offers an API that allows developers to build applications and vendors to accept crypto as a payment method. 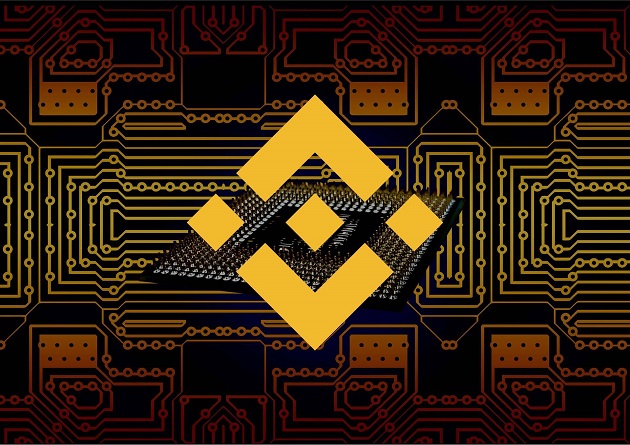 A younger company, Binance, was created by Changpeng Zhao in 2017. During that year, Initial Coin Offerings – better known as ICOs – were in style and the Binance project raised 15 million USD that way.

The investors in said ICO received Binance Coin (BNB) at $0.1 as payment. At the time of publication, each coin is worth $31.64. So, the return on investment was pretty high and still climbing.

The cryptocurrency exchange started operations in China. That country’s government announced a ban on cryptocurrency trading, so they moved to Japan. There, they were constantly targeted by the country’s financial authorities, so in 2018 they moved to Malta. They also have offices in other countries; their aim is not to be subject to just one regulatory body.

In August 2019, the main site stopped operating in the U.S., and they launched BinanceUS, a separate service to do so. This new company complies with the U.S.’s more strict financial policies and regulations.

In this regard, Coinbase is one of the cleanest exchanges in the crypto industry. Their willingness to negotiate and comply with regulatory bodies is legendary, especially in the United States, where they’re licensed to work in almost all jurisdictions. Find their Licensing information here.

Binance’s strategy, on the other hand, is to move around looking for favorable regulation and used to have the least strict KYC (Know Your Customer) policy in the game.

In the last few years, to grow their user base, they slowly began to play ball with authorities around the world. Nevertheless, they still offer no official information about their licensing status in their extensive knowledge base.

The spin-off site, Binance US, is “a licensed and regulated digital asset marketplace in the United States. Binance.US was created with the mission to expand access to crypto for Americans.”

It recently celebrated its first anniversary, and it operates legally in 42 states so far.

The company is headquartered in Malta, even though that country’s government has publically denied that they’re licensed there.

They are also operating a separate site from Jersey, a self-governing dependency of the United Kingdom. With Binance Jersey they’re serving the European market and accepting EUR in all sorts of ways including SEPA transfers.

All of these relatively recent moves imply a willingness to face regulatory scrutiny.

As we’ve seen so far, these two companies are very different animals. The following section will reinforce this idea.

Binance was a crypto-to-crypto exchange until recently. Through the Israeli company Simplex, they are now receiving payments in credit cards and debit cards. The premium fee is the usual 3%, but they’ve slashed it to 1% for certain promotions.

They’re also accepting SEPA and wire transfers for EUR, AUD, GBP, and CAD. That means, not for U.S. Dollars at the moment.

Head to Binance US, though, and you’ll be able to deposit and withdraw via bank transfers, wire transfers, and domestic wire.

Coinbase, on the other hand, accepts bank transfers, credit cards, and debit cards from authorized accounts. They usually require a photo I.D. And won’t accept any cards without an associated billing address. They also receive wire transfers, but only for amounts starting at $5000.

Neither exchange accepts PayPal at the time of writing.

Users can trade 52 coins in Binance US.

The classic Binance supports over 500 cryptocurrencies. That includes many ICO tokens, and most altcoins, and stablecoins. In this regard, no one can compete with them.

According to the Binance Academy, “Margin trading is a trading asset method using funds provided by a third party.

When compared to regular trading accounts, margin accounts allow traders to access greater sums of capital, allowing them to leverage their positions.” So, you can borrow funds that will amplify both your possible earnings and your risk.

Using Binance, “Users can only borrow up to one BTC estimated asset under 5X leverage.” You’ll need to deposit collateral in USDT to do so.

You can choose between isolated margin and cross margin. In the first one, “Each trading pair has an independent isolated margin account.” So, “Once liquidation happens, it will not affect other isolates.”

As recently as November, Coinbase Pro disabled margin trading following a mandate from the Commodity Futures Trading Commission. In their short announcement, they said: “We believe clear, common-sense regulations for margin lending products are needed to protect and provide peace of mind to U.S. customers. We look forward to working closely with regulators to achieve this goal.“ 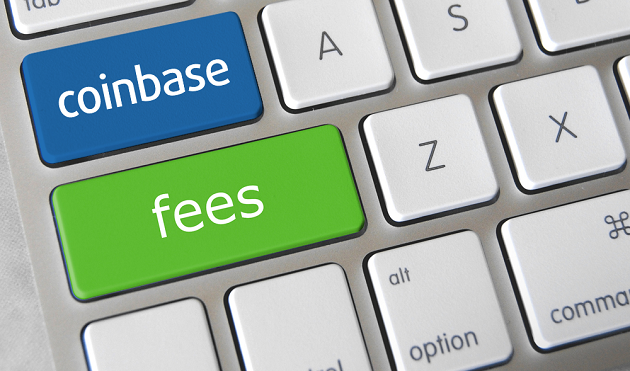 This is where the rubber meets the road. The numbers don’t lie; this is the most critical characteristic for most traders and casual buyers alike.

Binance’s trading fees are legendary. They’ve made their name with a 0.1% fee, which’s even reduced by 25% if you pay it using BNB, their coin.

The general fee can also go even lower if your trading level allows you to become a VIP on the platform.

Coinbase’s fee structure is a little more complicated. In general, they charge 0.5% per transaction. But they use a flat fee for small operations. To explain it, here’s their chart:

Users should also notice that “the Coinbase Fee will always be the greater of the minimum flat fees described above or the variable fees.“

In general, Coinbase charges 3.99% for deposits with a credit card or a debit card. If you deposit through a bank account, they charge 1.49%.

Binance’s recent alliances allow them to accept debit and credit cards at a 3% fee. You can use SEPA transfers for a free transaction, but remember that this service is not available for USD.

Binance US, on the other hand, charges 4.5% for a debit card transfer and $15 for a local wire transfer.

All of them are available for iOS and Android.

Among them all, the classic Binance app is the best rated in the Google Play store. Take that with a grain of salt, though.

Incredible numbers. Almost impossible to beat, it would seem, but…

For the more cautious traders, this is the definitive factor when deciding which cryptocurrency exchange to use.

Both Binance and Coinbase use Two Factor Authentication (2FA) for better security. It should be noted that reports of Binance’s glitches with Google Authenticator are a dime a dozen on the Internet.

Take them with a grain of salt, though.

Both of the services offer whitelisting addresses as an opt-in security feature. That means, the money in your account can only be withdrawn to specific addresses chosen by you.

Coinbase keeps 98% of its users’ funds in cold storage, which means they aren’t accessible through the Internet. Which in turn means they’re far away from hackers.

Binance doesn’t claim to use cold storage in its knowledge base. A representative claimed they do on Reddit, though.

It should be noted that Binance was the target of a major hack in May 2019. The hackers got away with $40M in Bitcoin. The users’ losses were covered by Binance’s emergency fund, but still, it happened.

It should also be said that Coinbase has and will give all of its user’s information to the authorities if properly requested.

This is the characteristic in which Coinbase excels. Their basic and classic site is the simplest and easiest for newcomers to the blockchain space. Their platform for professional traders offers most of the tools of the trade in a nifty interface.

If ease of use is the concern, Coinbase is hard to beat.

Binance interface is not for the faint of heart. The charts are immense, they serve more than a thousand markets, they offer every financial service that has been invented. The possibilities seem endless. Considering all that, they do a great job simplifying the experience. Make no mistake, though: it has a learning curve. And it’s steep. 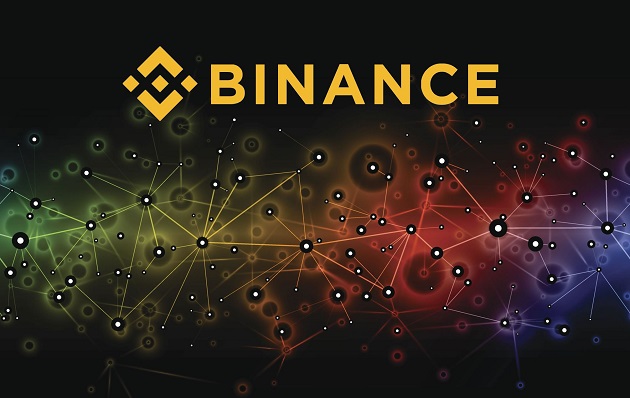 Like most exchanges, they both are struggling to meet the ever-increasing demand.

But Coinbase also takes the cake on this one. Their customer support is not perfect or immediate, but it has a much better reputation.

You’ll find unfavorable reports about Binance’s customer support all over the Internet.

And some claims about the system restricting access to your account and customer support not responding will make your head spin.

Still, they’re the most popular exchange by far, so they must be doing something right.

It should be said that both companies provide their user with emergency phone lines for urgent matters, a 24/7 live chat, customer support tickets, and most importantly, extensive guides and a knowledge base.

Binance went one step beyond and created Binance Academy, a one-stop shop to learn all about blockchain, Bitcoin, Ethereum, and crypto in general.

Coinbase has a similar but much smaller project, but they pay you to learn about different coins. Which may be even more impressive.

Which crypto exchange is best for you?

As we already said, these two companies couldn’t be more different.

Look no further and use Binance if: low fees are your priority, you’re interested in altcoins and variety in digital currencies, and your privacy is important to you,

Coinbase is the one for you if: you’re looking for simplicity and a slick interface, want to avoid risks and comply with the law to its full extent, are mostly interested in Bitcoin (BTC), Ethereum (ETH), Litecoin (LTC), Bitcoin Cash (BCH) and a few others.